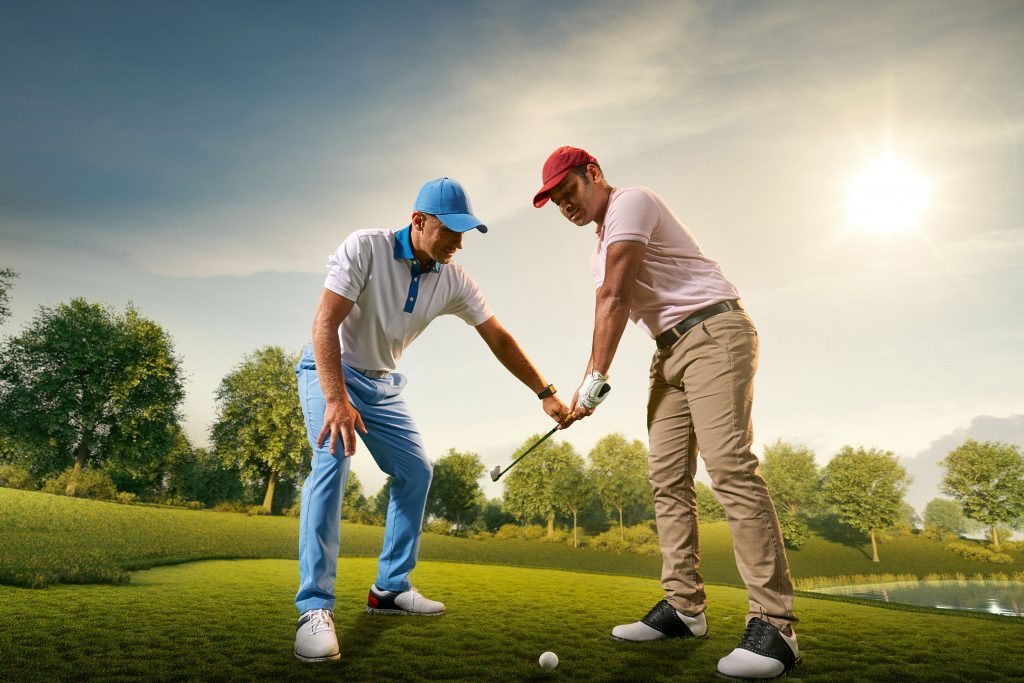 Lee has been a PGA member for the past 49 years, working in both the public/private sectors in Florida and California.  He has been SCPGA Northern Chapter Teach of the year twice (1998 and 1999) and club fitter of the year in 2002. He uses video technology for students, and specializes in preparing juniors for high school and collegiate golf.  Five of his former junior became Division 1 College All-Americans.  He has experience working with players from both the LPGA and PGA Tours.

River Ridge Head Professional and a 27 year member of the PGA of America, Susan Olson Sipes has instructed at River Ridge for 30 years.  She provides small group classes and individual lessons for players of all levels.  She will teach you how to manage your game on the course, and how to read greens.  Susan is available Wed-Sun.

Chad has been a professional golfer since 1998 and has been teaching at River Ridge GC since 2007. During his playing career he earned All-American honors twice while at USC and then spent the next several years playing on professional golf tours around the world including the Web.com, Australasian, and Canadian Tours. His most notable victory came in the 2000 Canadian PGA Championship. Chad’s focus now is sharing his knowledge, experience and love for the game with those that he instructs.  He organizes year round junior golf classes and camps through the SCGA Junior Instructional program.  Also, he has been the Head Golf Coach of the Ventura College Men’s Golf Team since 2015.  Chad is available for individual and small group lessons for adults and juniors and his lessons include mobile video swing analysis.

Jon has been a golf professional for 26 years and a member of the River Ridge team for 9 years.  He coaches both the boys’ and girls’ golf teams at St. Bonaventure High School and has done so for the past 10 years.   He was instrumental in creating the Club Team which introduces children to the team aspect of learning.     Jon also works with golfers in the Ventura County Special Olympics, and with players in the Big Brother/Big Sister programs.  Jon teaches group classes for children between the ages of 4 and 8 through the Oxnard Rec Dep Department, as well as Challenger Golf classes through the City of Oxnard’s Special Population Program at Oxnardrec.org.   He enjoys working with golfers of all levels in private or group settings.

PGA Apprentice, Doug Ragan, returned to us as an adult in 2010.  After graduating from Oxnard High School, as a four year varsity player, he played at Ventura College for another 2 years.  He developed his passion for teaching as he helped his teammates with their swings.  In 2000, Doug turned professional and has honed his teaching skills with golfers of all ages.  He works with the Adult Beginner League as well as running the SCGA Teen Program at River Ridge.  He is available for individual and small group classes.  Doug’s lessons include swing analysis using the Ubersence App on I pad.

Reina is currently in the PGA Apprentice program working towards becoming a full member of the PGA of America.  She developed her love for the game as  a junior here at River Ridge Golf Club. She played four years of varsity golf for Oxnard High School and continued her competitive golf for four years at Long Beach State University.  While there she participated in over 30 tournaments and helped her team capture the Big West Conference Championship in 2009. In 2014 Reina posted a 3rd place finish in the SCPGA Ladies Individual Stroke Play Championship and in 2015 took 1st in the Ladies SCPGA Match Play Championship.  Also, Reina was named the 2016 SCPGA Women’s Apprentice Player of the Year. Reina has been coaching for the girls golf team at Carpinteria High for the last two seasons. She is also available for private lessons.

Brian is one of only a select few golf teaching professionals in the world who is both a PGA Class A Member and a Master Golf Teaching Professional® with the United States Golf Teachers Federation. He has been teaching golf and playing professionally for over a decade, in addition to having won multiple times on the Pepsi Tour. His teaching philosophy is grounded in simplicity, teaching the fundamentals of the swing and short game with increased repetition to build proper muscle memory. His students improve quickly with lasting results. See the Testimonials page of his golf instructional website. 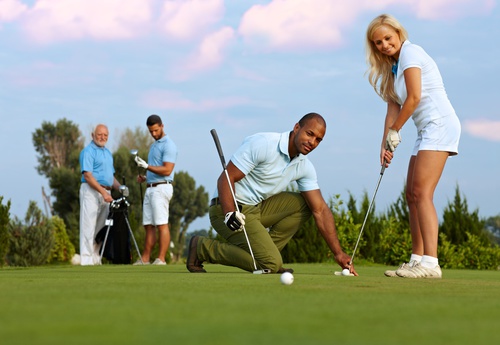 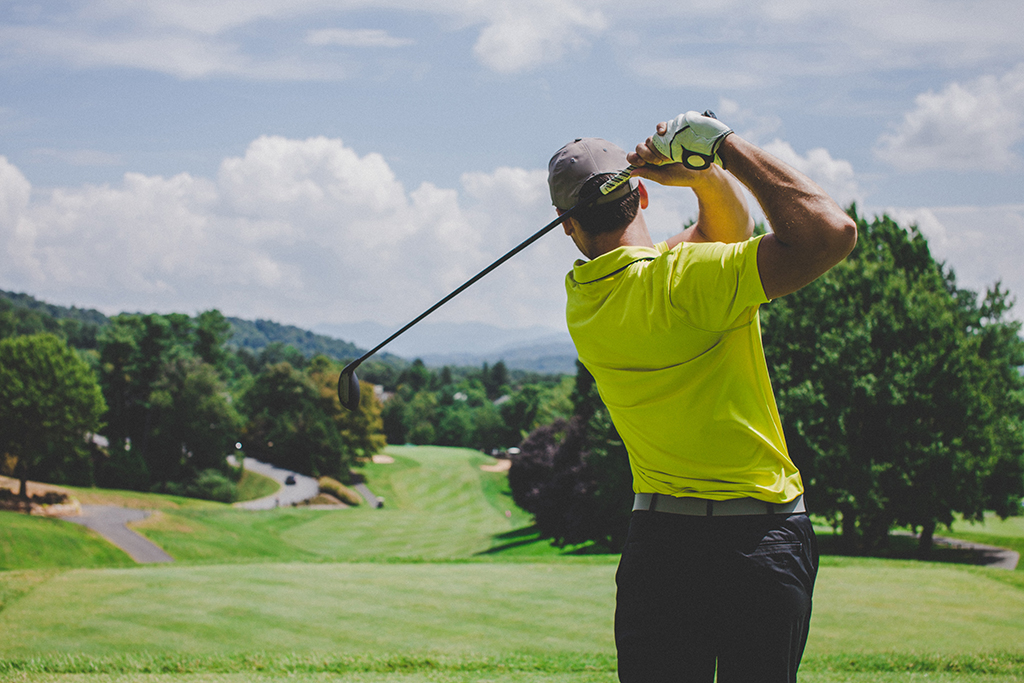 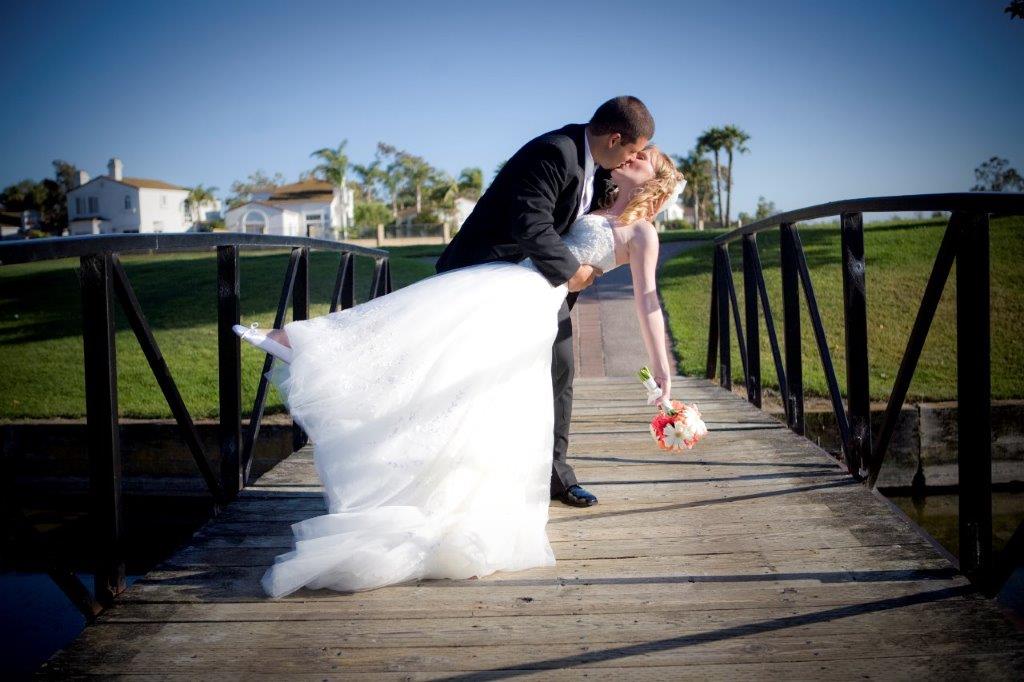 Host Your Event or Wedding

Stay up to date with all the events, tournaments, and specials that River Ridge Golf Course has to offer. Unsubcribe at any time.